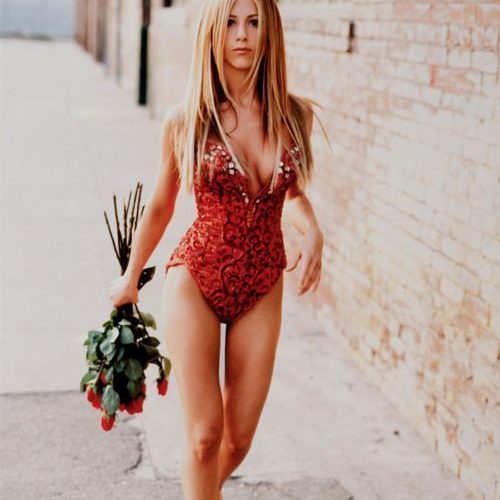 Hollywood has always been obsessed about physical appearance, body measurements, and looks so it is not a wonder that many diet fads and workout trends have come and gone. Practically every celebrity is on a particular diet or follows a strict exercise routine just to look good for the public. But many have realized that following a certain diet and exercise regimen is not just the outward appearance but has health benefits along the way.

Jennifer Aniston is no exception. When she was just starting out, she had to lose weight over time to land more roles on TV and film. Little did she know that by doing she, she did herself a favor in the present. Looking at Jennifer Aniston, none would be the wiser to guess her real age just by looking at her. Though not obsessed by diets and exercises, she does follow what is suitable to her lifestyle now.

If you look at her diet and exercise, she has incorporated it into her lifestyle. It is not crazy like what others follow but it is relatable and easy to follow. What is surprising is that it just takes common sense.

You are what you eat

Jen keeps her 34-23-35 body measurements by watching what she eats. She would never starve herself nor deny herself an occasional treat. Her rule of thumb is to “stop eating shit every day.” And it makes perfect sense.

She eats proper meals and snack every day. She starts with a healthy breakfast of toast with poached eggs, sometimes with some avocados. Or she will have some oatmeal with egg whites added to it – a tip she learned from ex-husband Justin Theroux.  Or she may opt for a smoothie instead. To keep it healthy, she uses fresh fruits, adds some stevia to it, plus some greens, a dash of maca powder and cacao, and it is done. She also has some hot water and lemon before she eats anything in the morning.

For lunch and dinner, she may have salad greens with some protein. She limits her gluten and sugar intake as much as possible. In between meals, she might snack on some nuts and fruits. She just loves frozen grapes.

But because she always watches what she eats, she can have her occasional pasta.. She admits that she cannot live without her dairy, glass of wine, and coffee. She does not go overboard but indulges every once in a while.

It all boils down to exercise

Aniston has always been athletic. She is an advocate of exercise. She believes that the body sags without exercise. And the proof is in the pudding. Almost 50 years old and Aniston still looks darn good in a bikini.

She does not stick to one routine because it will become monotonous for her. She likes to keep things fresh and change it up. She alternates spin classes, cardio, strength training, and Body by Simone programs. “Variety is key for me,” she says so she switches the intensities from high to low and back to high.

She denied rumors that she works out twice a day. She actually just exercises five times a week. And she also has her off days, days when she does not feel like exercising. But she forces herself to just do it for 10 minutes, which is enough time for her endorphin levels to go up and move her to finish her program.

Jen has been doing yoga for almost 10 years now. She does transcendental meditation for 10 – or 20 minutes when time allows.

Through this all, Aniston advocates keeping hydrated all throughout the day. As the spokesperson of SmartWater, she cannot emphasize enough the importance of hydration. She herself consumes 2 litres of water every day.

To keep her balance, Aniston realizes the importance of good old R&R. She takes a break from it all – dieting and exercising, and just enjoys herself. She goes on walks and slows down. When she started doing this, she learned that she gets to enjoy life more. Can you do the same and have her measurements?